So this is the reason for my lack of blogging:

1)I have been preparing for the oh-so- amazing Williamsburg Fashion Weekend Pop Up Shop! 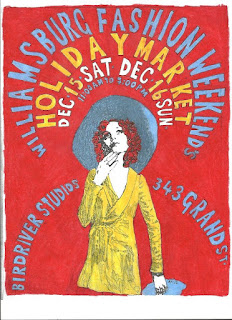 Filled with many of your indie sustainable and ethical designer faves, Williamsburg darlings, and funky threads, WFW Pop Up Shop is going to be quite a revolutionary experience

It goes down TOMORROW (Saturday) and SUNDAY 11-7pm at Bird River Studios at 343 Grand Street in Brooklyn. There's gonna be food and we even got a shout out in Time Out New York! 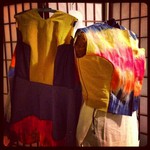 
2)I have been busy finishing my semester at Gallatin NYU and got to take some awesome courses from artistic activism to 20th century costume history. For that course, I research the reverberations of counter culture and psychedelic fashion from international designers. To get a taste of what I wrote- and what will inspire my Spring/Summer 2013 collection (which you'll get to see a bit of at WFW Pop up this weekend!), see below:

According to Valerie Mendes, fashion by the mid 1970s found itself in two distinct aesthetic camps: “easy to wear clothes and fantasy garments.”[1] The years of the 1968-1975 were the era of the fantasy garment, where quotidian theatrical dress reigned supreme. Design labels such as Thea Porter, Ossie Clark, and Biba, alongside fashion artists Zandra Rhodes, Celia Birtwell, and Giorgio di Sant’Angelo created textiles and garments capable of providing an escapist experience for its wearer. The years of the mid 1960s through the mid 1970s were times of incredible global transition, discomfort, and strife stemming from communities settling into post Civil Rights and Immigration Rights legislation; the Vietnam War and accompanying anti-war movements; the Cold War, Operation Condor, and the rise of neoliberal dictatorships throughout the Americas; colonial emancipation throughout the world; the rise in the price of oil and the subsequent global economic crisis; and more broadly, resistance of the stringent nationalist cultures asserted after World War II. These were times where many sought to escape via jet- setting lifestyles, psychedelic drugs, and the fantastical hippie aesthetic. While the hippie aesthetic became the unofficial uniforms of self proclaimed free thinkers and social activists, those who both possessed the disposable income from the wealthier preceding decades as well as being less inclined to fight in the trenches chose world travel, jet-setting and a more “hippie chic” lifestyle as their protest of choice. This paper intends to detail the designers who were integral in providing that sartorial escape and freedom from post World War II society, review the pop culture figures and productions that paved the way for its universal acceptance, and explore whether the sartorial model of “hippie chic” may be the fashion industry’s answer to relief from our contemporary crisis times.
[1] Mendes 192. 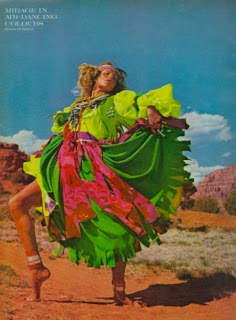 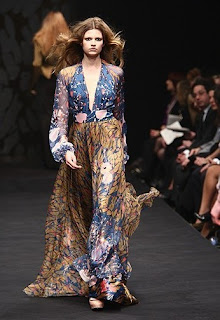 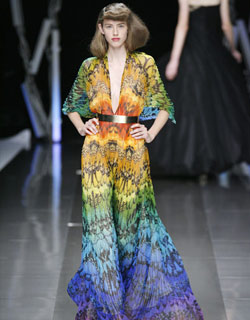