Earlier in my stay here in Australia, I had the honor of sitting down with Victor Holder, Venezuela-born, Australia-based public artist and creative director of socially engaged artistic hub, 4 Dverse Studios. 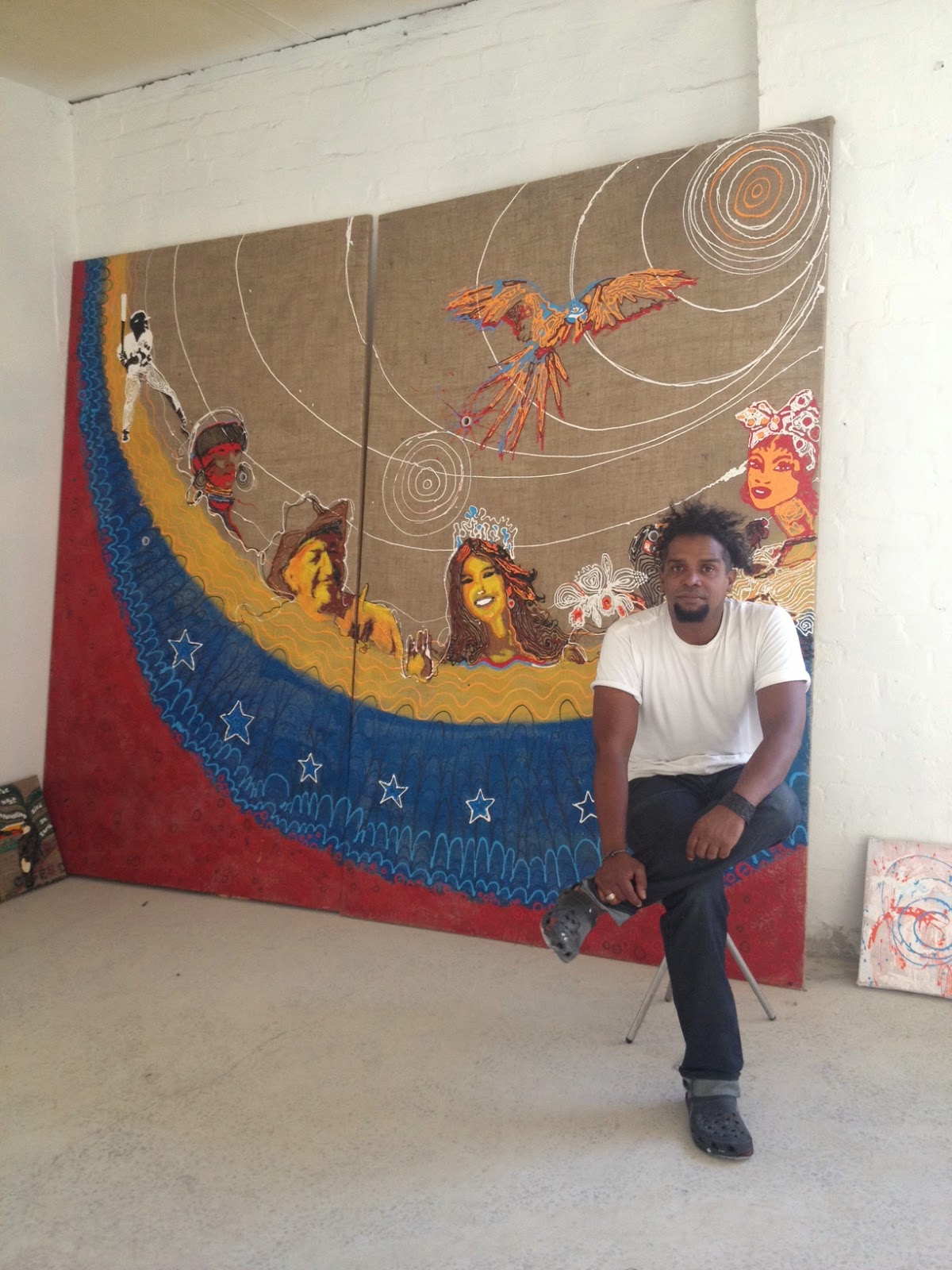 4Dverse Studios responded to the call. Initially, the plan was to bring Venezuela's Dancing Devils to Melbourne. The Dancing Devils, having recently been declared by the United Nations Education, Scientific and Cultural Organization (UNESCO) as one of a select few intangible cultural human heritages, are a performance group that reflects both Spanish and African influences, syncretized in a performance that has come to represent one distinct aspect of Venezuela.

However, as many of you global and, particular, hemispheric readers may know, Venezuela has been in a state of duress for months now, and as a result any possibilities of bringing the Dancing Devils or any such group no longer became a possibility.

When thinking back at the moment where he and his Venezuelan collaborator, Ramon Martinez, had to quickly come up with an alternative project for their booth at the festival, he remarks, "We were so upset, so hurt, and so angry...to see all these videos of students being killed in the street that we were so emotional, we couldn’t talk about art. We could only talk about politics and the situation, and we said “Let’s do...let’s just be honest. Let’s do something that relates to this, and helps somehow.”

And that's how Propaganda for Peace began. In a festival dedicated to exploring multiculturalism, they wanted to represent the Venezuela that they were experiencing alongside the flat, cultural lens in which so many countries, Venezuela included, are presented through the lens of a multicultural experience to the rest of the world.


Propaganda For Peace from Balangara Films on Vimeo.

This blog post emerged not simply because this is an example of visceral public, socially engaged art speaking on an important reality of the Americas, but also because this work was subsequently shut down by the Viva Victoria Multicultural Festival team.

Victor, while serving as Creative Director of 4Dverse, is also pursuing a Masters degree in Public Art at RMIT. In our brief interview reflecting on the multicultural installation Propoganda for Peace, and its subsequent shut down by the staff of a multicultural festival, Victor had these remarks to say about Propaganda for Peace:

[Propaganda for Peace] was a subversive art work. It was activism. And it was more a reminder to, for one hand, for Venezuelan people, it was a reminder of our essence, of our origin, our happy culture, of our vibrant culture, that has been lost lately under this war, this violence. Well, not lately, like fifteen years. We lost a bit the values of who we are as a culture. I’m surprised that even these days...even in the revolution of Venezuela, you can still see the happiness. But the happiness is being lost slowly...too much violence, too many people have been dying. So the painting is a reminder, the colors of the painting and all of the articles I put on there, was kind of iconographic of Venezuela. There is a famous singer, Simon Diaz, internationally famous for his poetry and his traditional songs, Miss Venezuela...They are always winning Miss Universe, the most beautiful women in the world, the famous baseball players are from Venezuela in America, and so on. You know?  And the technique I used in my painting is dripping painting, inspired by Jackson Pollack, but I created a new technique controlling the paint...I use hatching. I love hatching as a material because it reminds me of Latin America, because of its exportation of cafe and cocoa and all of that stuff...So I paint that material. Because the purpose of the artwork is to see through the painting, so if you get closer, you can kind of touch it as well. So the thickness of the painting and the texture of the textile will already make you [have] a relationship with the country...a kind of tactile thing, you know?

And, more generally, the role of public art:

The thing is, I have been kind of studying a bit of history and anthropology. To actually be able to do the public art, you know a lot of history. You learn a lot to see things deeply in history... I do public art for community, it’s just takes further investigation about that community, what’s happening there, what is the story of this place, what is this wall telling me about.


It's time we let the walls speak. That might be a faster way to peace than propaganda.