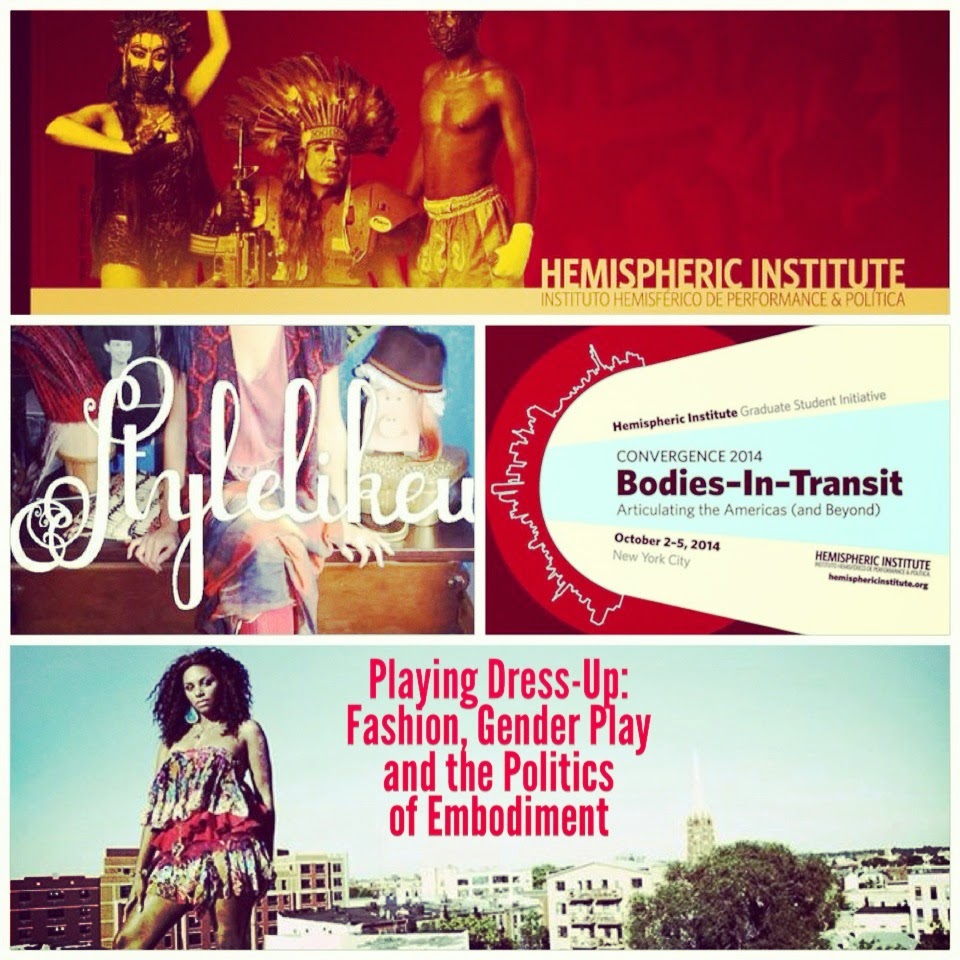 Since 2012, the Graduate Student Initiative (GSI) of the Hemispheric Institute of Politics and Performance (Hemi) has joined together graduate students from throughout the Americas in a tri-lingual conference that explores areas of academia arguably excluded by dominant culture. That means, those areas of life that impact our social and political worlds which academic institutions, built on years of hegemonic structure, have neglected to take seriously- That's my interpretation of course. Read more here)


One of such subjects is the subject of fashion as it relates to politics and embodiment.


Thus in 2013, Drag King, drummer, adjunct faculty, and PhD candidate Kelly McKay and I joined together to create a space within the Hemispheric Institute's GSI to discuss fashion. For those of you who have been reading my blog, you are familiar with my stance on fashion being a vehicle for political discourse, awareness raising, and social change. For those who are new, I have since 2005 explored both the fashion collection and the fashion show as sites to galvanize attention around environmental and social issues in an imaginative way- ranging from creating a collection that embodies the perspective of animals affected by the 2010 Gulf Oil Spill to a collection inspired by an Anti-GMO artistic action that sought to intervene in GMO-crop distributor, Monsanto, partnering with the Mexican government in taking over organic corn. Peruse the site to get to know my work.


Our “Playing Dress Up” workshop returned for a second year to the Hemispheric Institute’s Graduate Student Initiative. This year, we had participants from the US, Colombia, Chile, and Mexico, who presented their work on various themes, from pandrogeny- or living beyond the binary confines of masculine-feminine, to kikis, camaraderie, and ways that fashion can create community for those alienated by dominant culture. 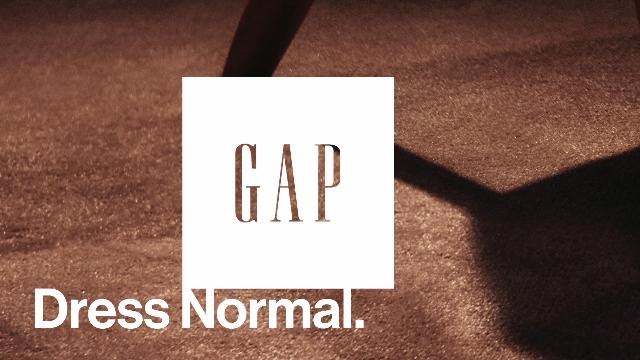 This year, we had the honor of being joined by Elisa and Lily Mandelbaum, founders of style site and style-aficionado safe haven, StyleLikeU. 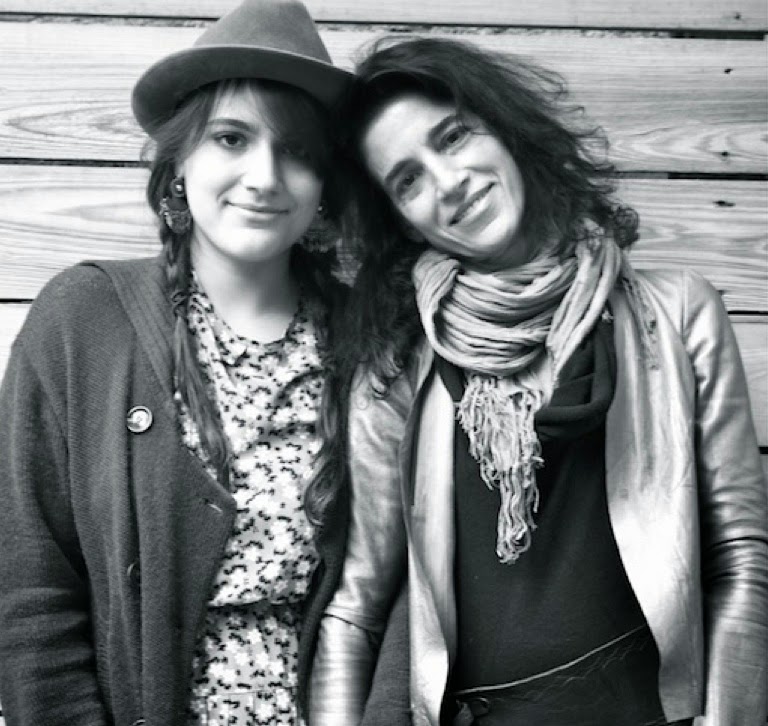 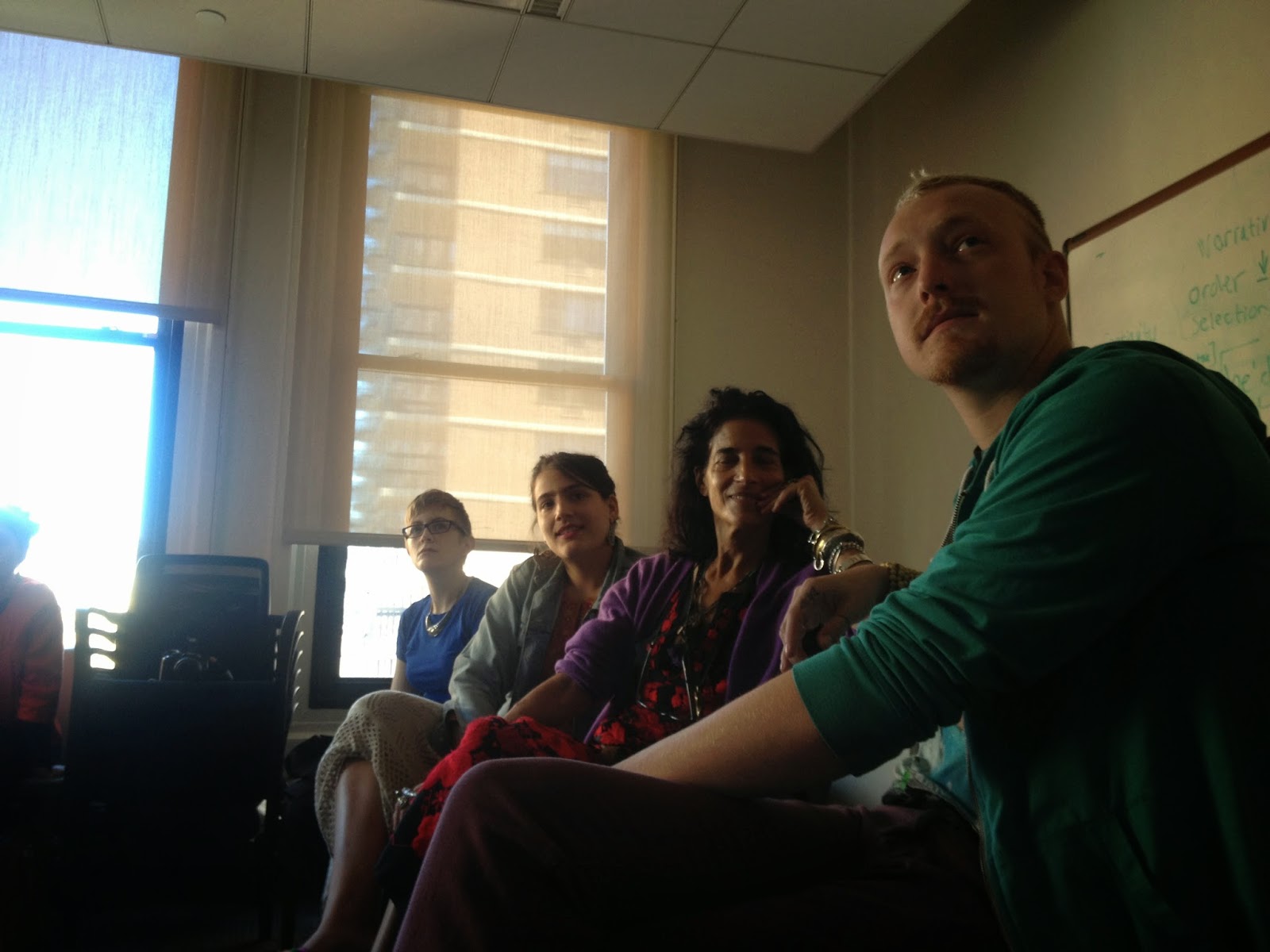 StyleLikeU is a site that showcases people who know themselves- people with such a clarity of mind and spirit that it inspires you, as the viewer, to know yourself.


Many of their earlier videos showcased the closets of these self actualized individuals. but recently, they have launched a new project, “The What’s Underneath Project,” which showcases the unraveling of that person. And yet, through their undressing and revealing of painful parts of their past, the individual is shown all the more majestically.


In many ways the What’s Underneath Project showcases those who have reconciled their past and are able to stand boldly in their present, knowing themselves, knowing where they’ve come from and inspiring us to do the same.


Elisa and Lily joined our group of PhD students, fashion artists, musicians and scholars in doing a “What’s Underneath” workshop, but with a special twist for the GSI’s theme “Bodies in Transit.”


Instead of merely removing clothing as questions are being asks, the subject had the opportunity to take off, exchange garments, or remain sartorially the same.


Prior to this workshop, we had the opportunity to share with one another our “Fashion Manifestos.” a statement that would go on to describe how we would dress if our bodies were an active resistance against the oppressions we faced.

From that, working group participants either dressed accordingly, or brought an entire to change into.


Many of the themes discussed included:


The second day of our working group consisted of group presentations, where everyone presented current PhD theses, video projects, alter ego projects, and other interests. 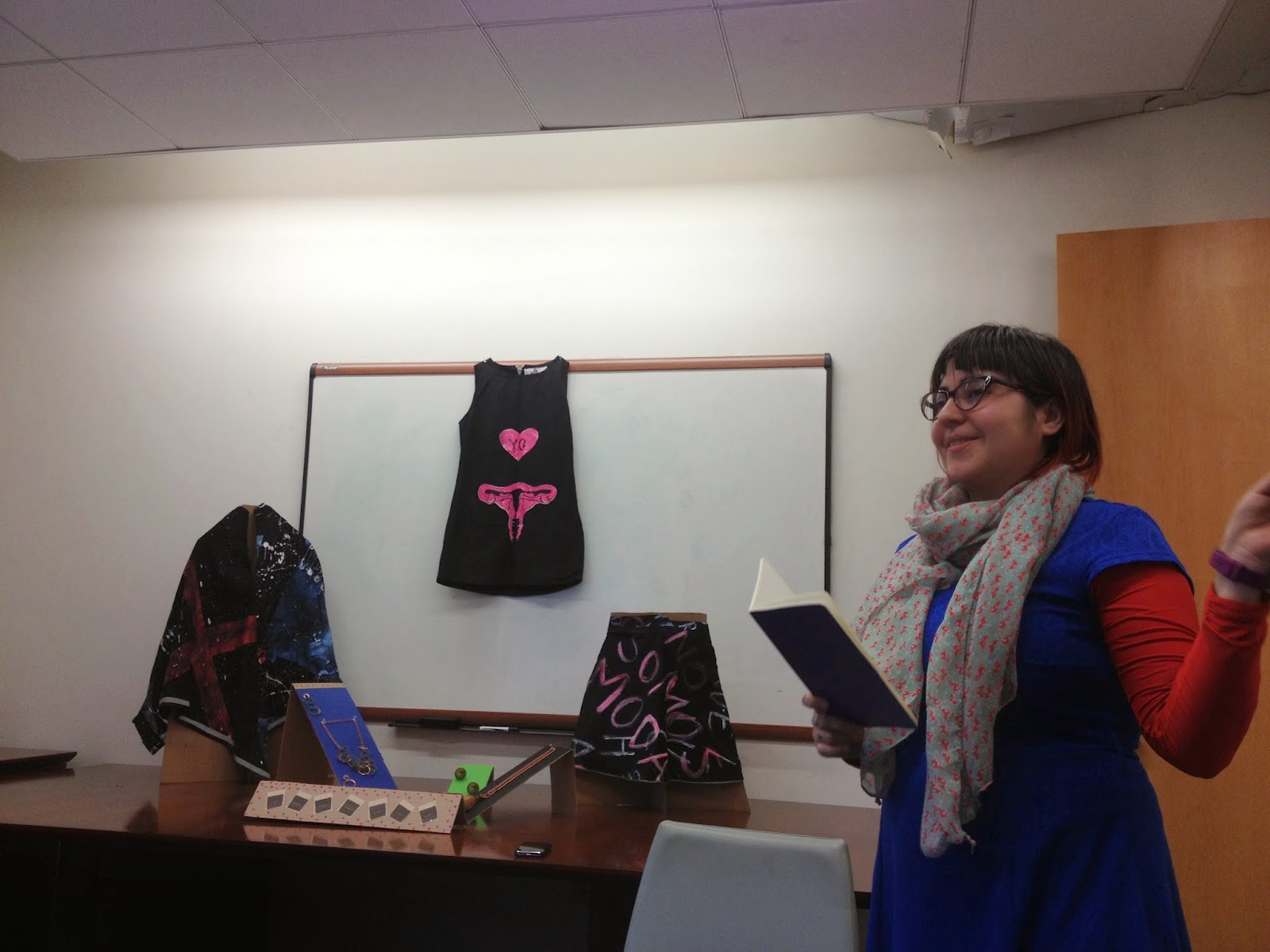 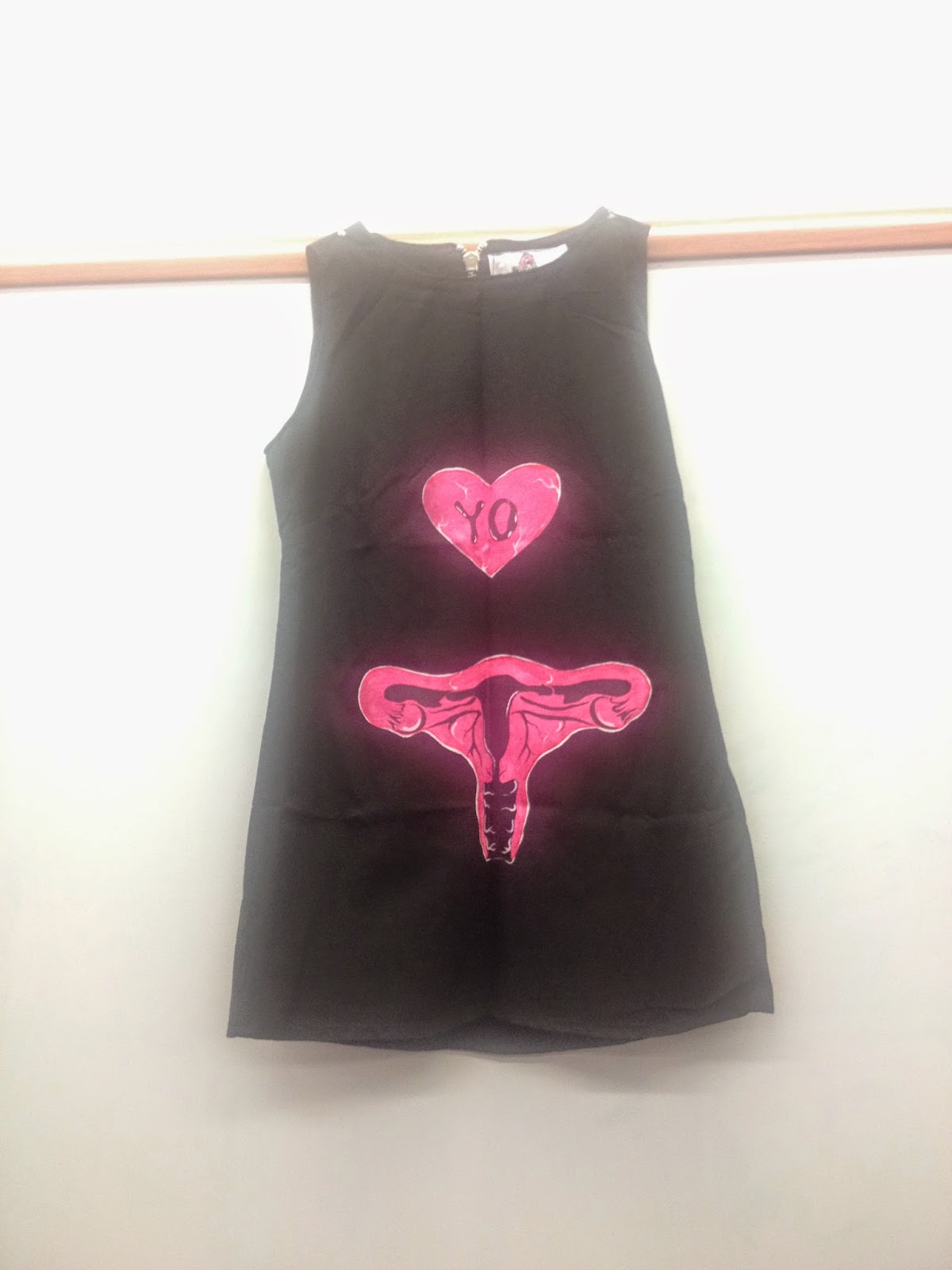 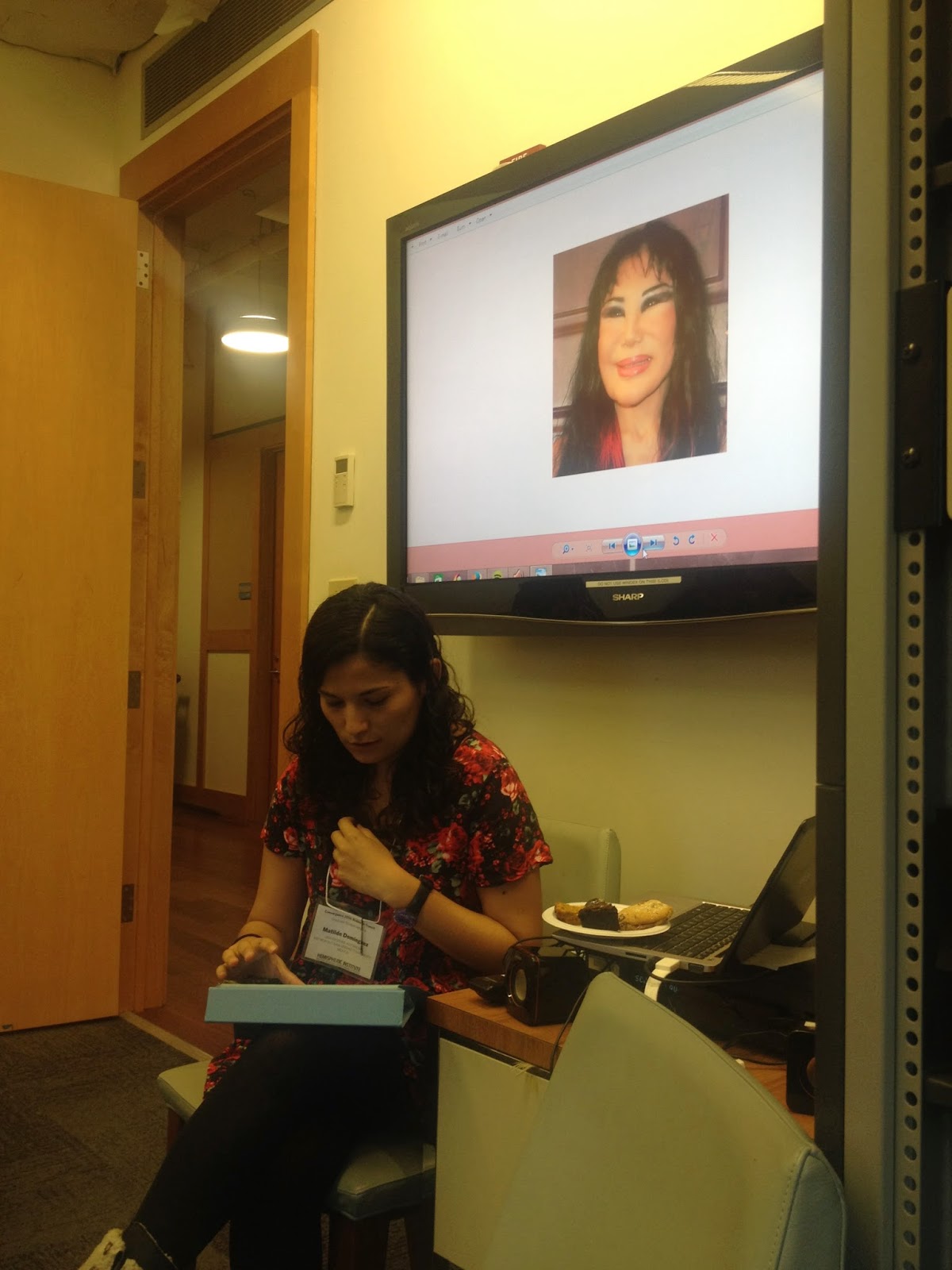 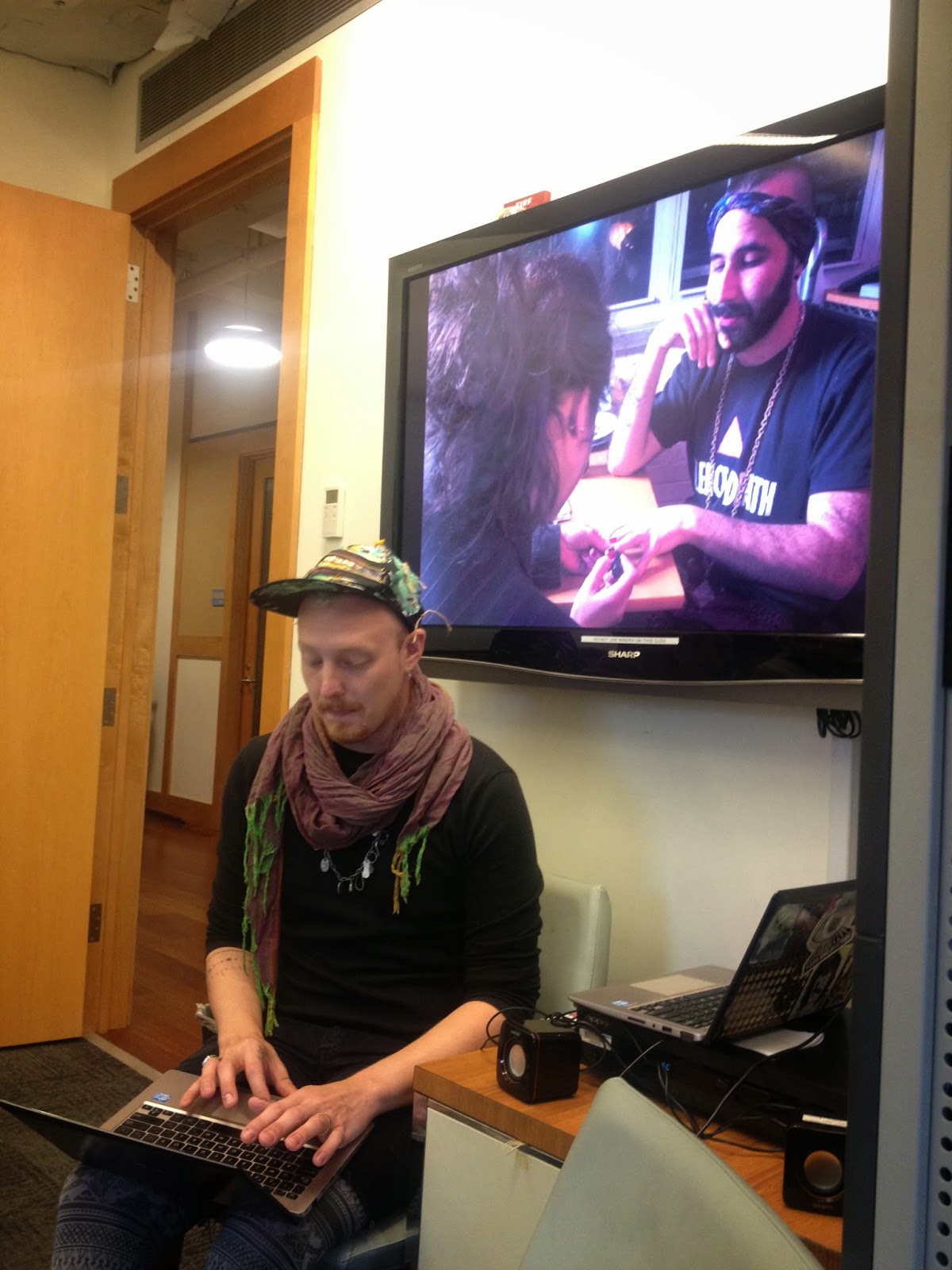 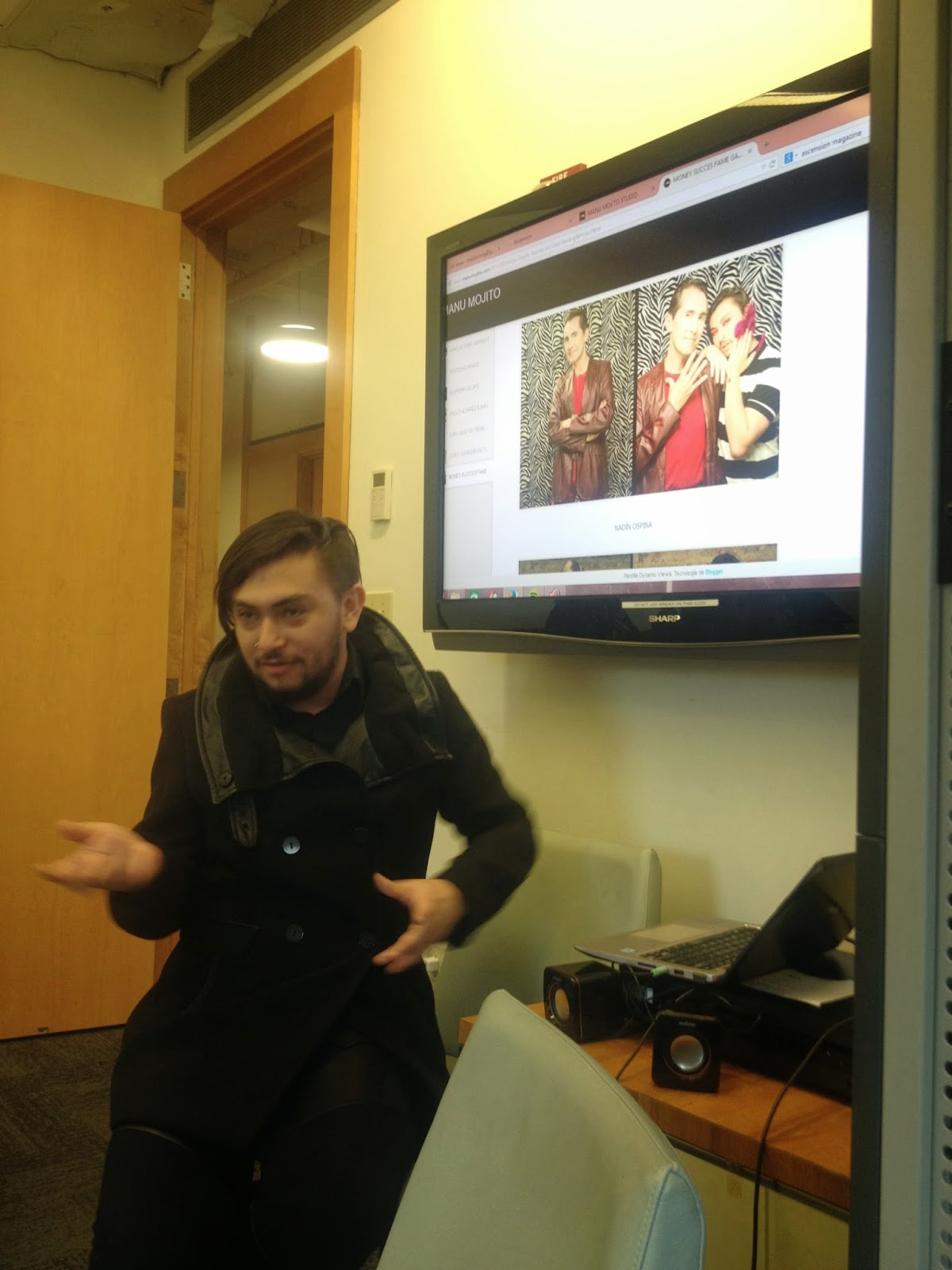 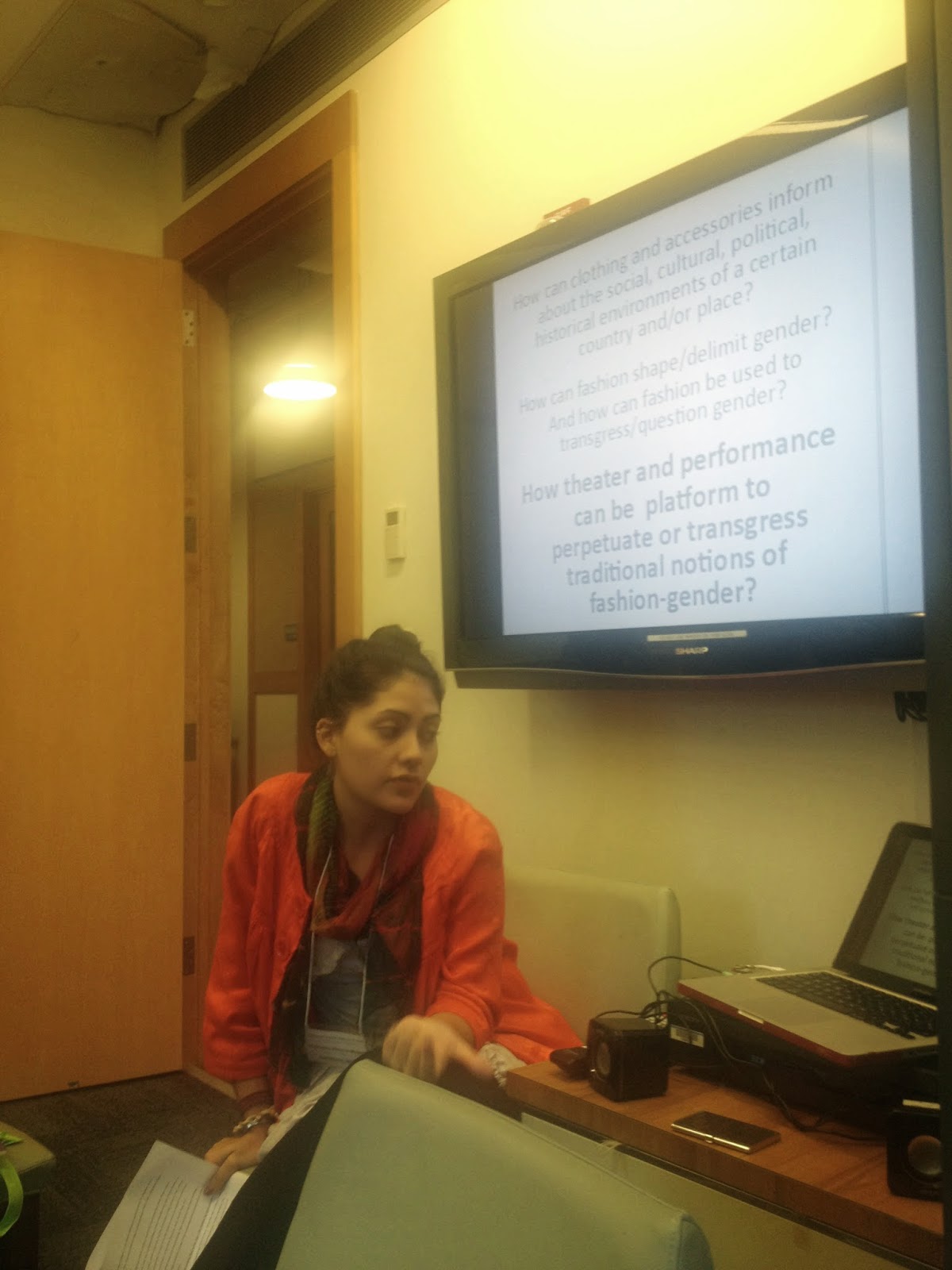 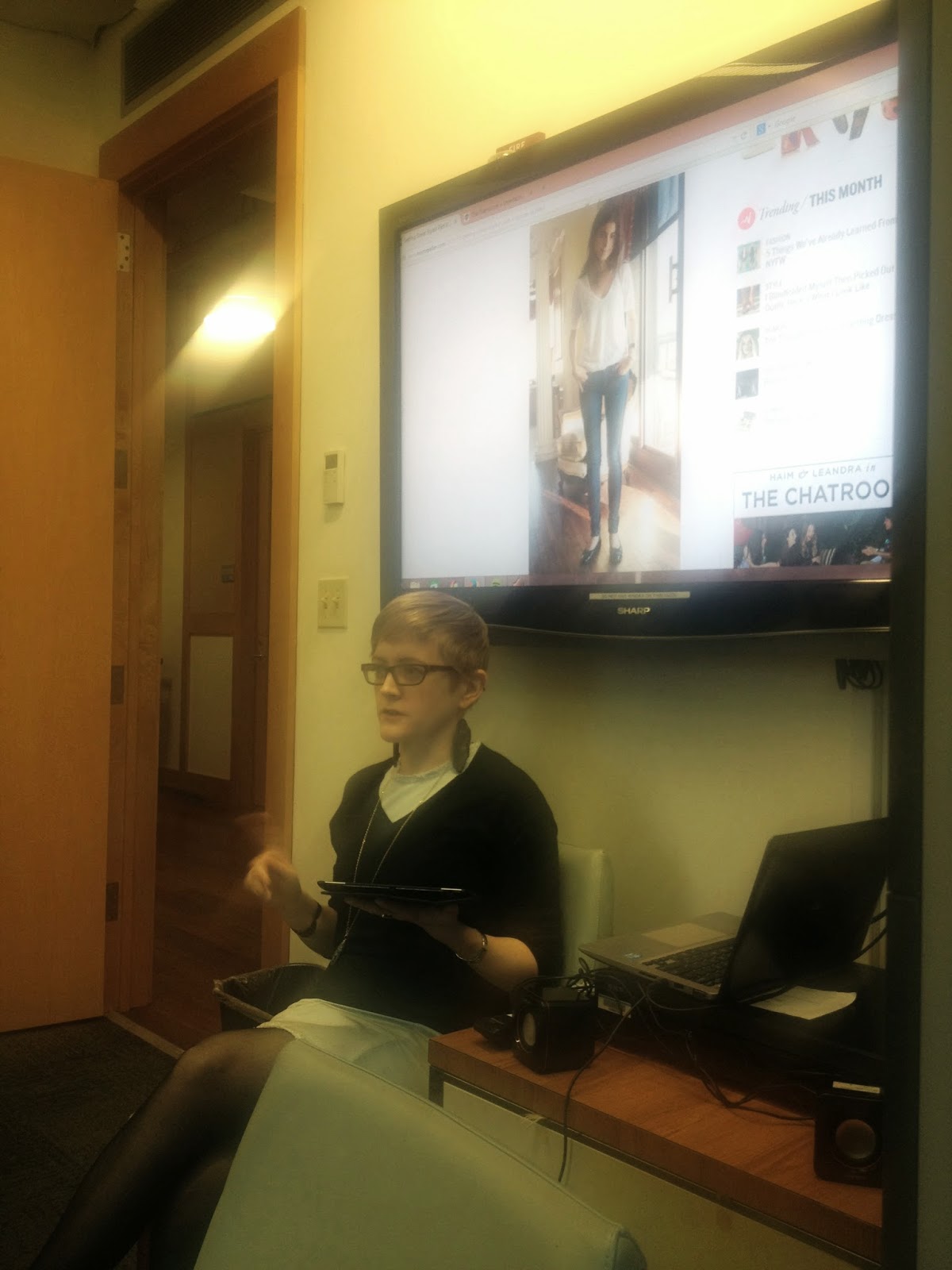 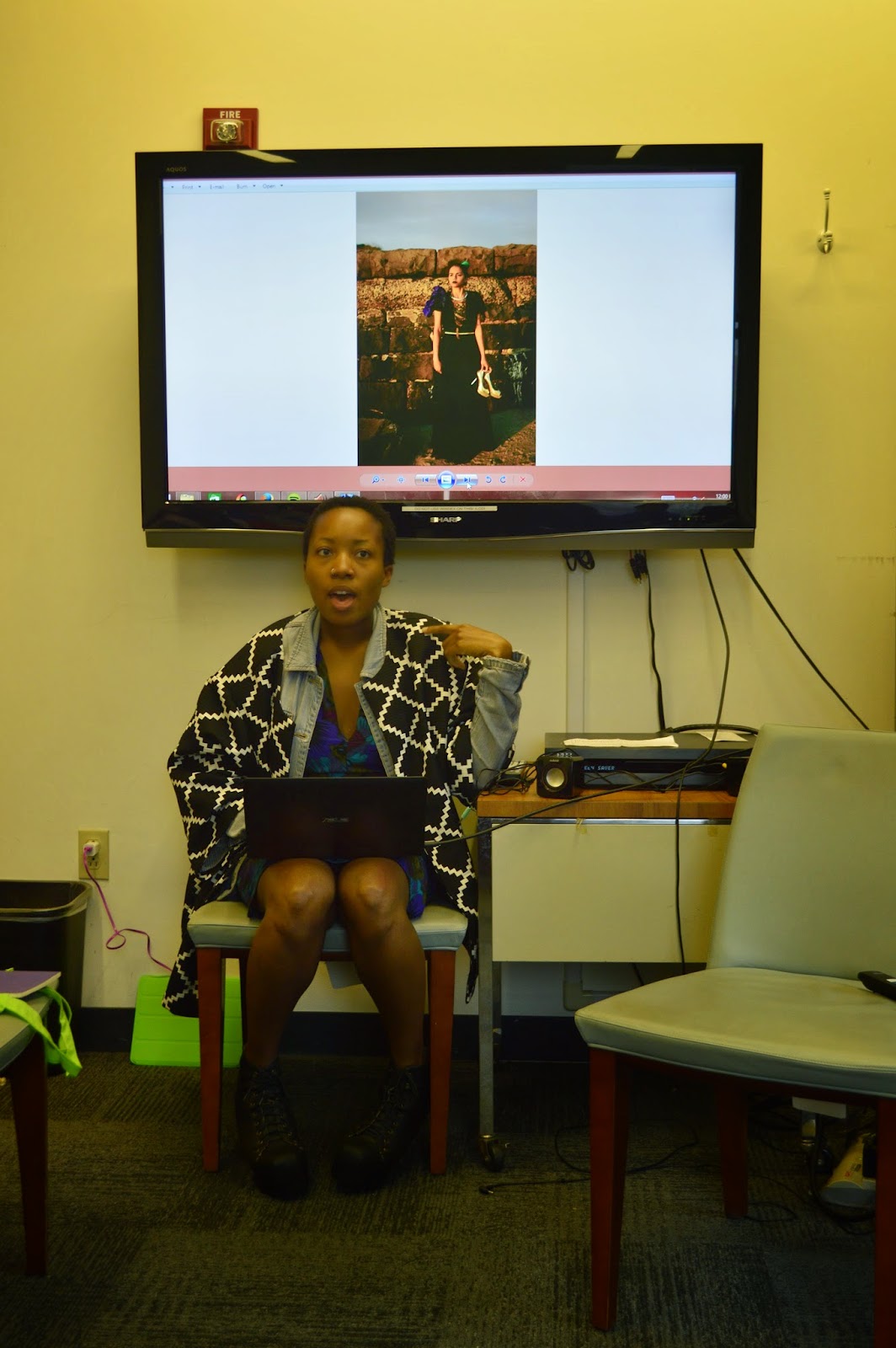 
The third day entailed a closing discussion at Brooklyn based, hemispherically American, fair trade fashion boutique, Carolina K, where we all viewed the video of Melanie Gaydos, discussed beauty and discussed our own objectifying gaze that we may bestow upon ourselves and those we other. 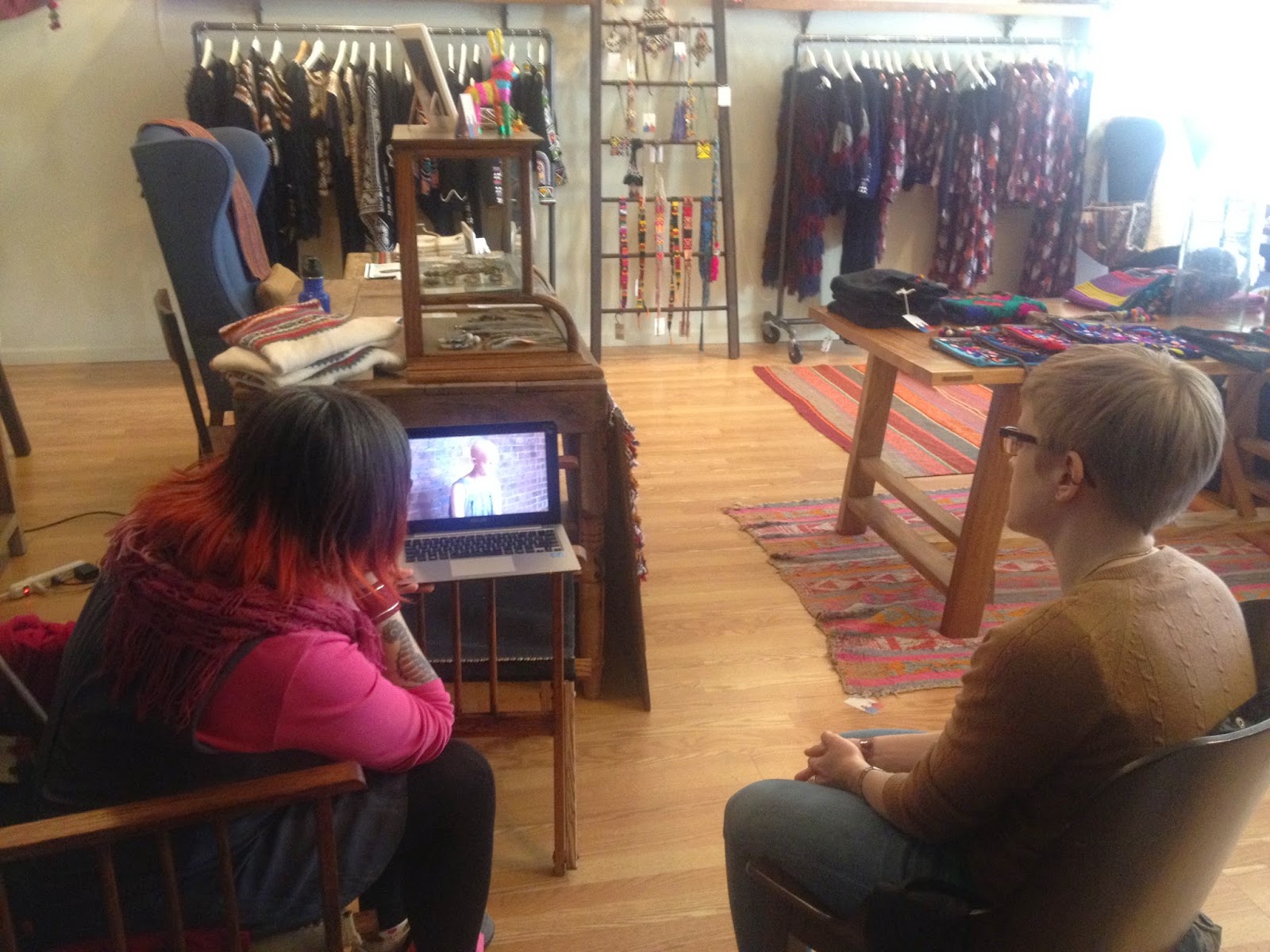 In future blog entries, you shall hear about the fascinating work of our 10 work group participants, the evolution of the What’s Underneath Project, and further discussions on dressing in ways that challenge and engage notions of appropriation, dominant culture, gender binaries and normativities, ageism, and the many provocative themes that emerged from this conference.


Special thanks to Leticia, Kerry, Olga and the entire Hemi GSI team for organizing a space for us, for this, and for elevating discussions of embodiment. You have sparked some amazing collaborations that will continue to platform these questions and, we hope, inspire consciousness-expanding around fashion and positive social change.