RECICLAGEM began as an eco-fashion and wearable art blog that explores the link between social identity, hemispheric "Americanness" and fashion, while highlighting sustainably eclectic, eco-fashion trends. RECICLAGEM had been formed as an effort to relearn and revive the image of America, not as it is represented through media, but as it is. America is eco-conscious, conscientious, cosmopolitan, international, multilingual, and intergenerational. And we utilize the image arts of fashion design, styling, modeling and photography to represent this. RECICLAGEM is as much a scholarship and a movement, as it is a fashion line. (www.reciclagem-themovement.com)

*Connect with us. Build with Us. Share Your Thoughts!*

"May 2010, I was working backstage at a fashion show event, when I met this woman. Born and raised in Mexico, she came to the United States to attend college, taught herself English and went on to become a well-established and cosmetics executive. And this particular day, she so happened to be volunteering at this same fashion fundraiser.

Somewhere along our conversation on the sanctioned racial profiling of Arizon's immigration law, I mentioned "America," and the perception of America in global culture. The idea was more sophisticated and expressive, but that's not the point. Here is: as I was about to continue, she interrupted me. "You mean, the United States." In a paraphrasing of her words, she continued, "In the rest of the world, 'America' is not just the United States, it's Mexico, it's Canada, it's every other nation of the Americas. WE are America- not just YOU."

And though my better sense had known this distinction, that Freudian slip on my part, a part of someone who considers herself to constantly be striving beyond ignorance, a part of someone who sought to disseminate limited views of race and ethnicity by claiming Brazilian, Caribbean, and African ancestry in person and in scholarship, a part of someone whose mixed heritage often goes unnoticed by many though her politics of identity are so salient in all of her works, had made me take a step back and realize I need to do a little bit more research.

Hence, with fashion as my matrix and empowerment as the cause, reciclaGEM has been born as a working narrative exploring the politics of identity through the fashion arts.

And the American dream begins...."

Her love affair with Brazil began in high school, upon her discovery that her paternal grandfather, a Mahogany brown piano mover from Harlem, was originally from Pará, a capital city near the Amazons in Brazil. She saw her face in the landscape of this beautiful nation, became intimately acquainted with the Orixás, and began exploring the environmental and cultural pigments of her Brazil in a series of collections that she would design and produce to this day, the majority of which featured natural fiber cast offs from New York's very own Garment District and upcycled denim. Additionally, no scrap was ever left unused. She had a zero-waste policy even before she knew the term.

Needing a place and venue to exhibit her work, she entered Yale University as a freshman and founded fashion organization, Sankofa, created to use the galvanizing force of fashion for social change and create opportunities for models and designers of diverse backgrounds to showcase their work.

Before her last show, she spent three months in Brazil- and returned evolved . Researching environmental sustainability from the perspective of African leadership in Bahia, she observed how similar the disparity of environmental consciousness was between the eco-faith based religious communities of Salvador, Bahia and the communities in her own backyards of New Haven and Harlem respectively. Thus returning to Yale, she founded Black and Green, bringing workshops on both environmental consciousness and chemical-free, safer cosmetics to Yale's Afro-American Cultural Center and campus wide. 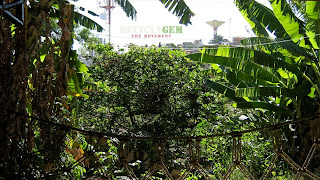 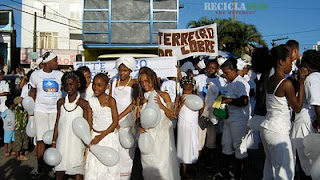 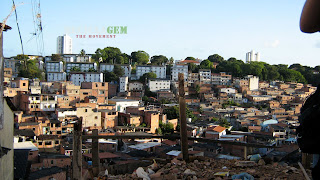 Continuing this trend, she graduated, became vegan, and began to hold organic tea party socials under the moniker of The Earth*Mama Tea Party, bringing together the worlds of wellness, beauty, fashion, and POWER to the community.

While pursuing coursework  Sustainable Design at the Fashion Institute of Technology and a Masters Degree at NYU in "Community Development through the Stewardship of Ethical Design," and art directing editorials featuring strictly ethical designers and makers, please meet, RECICLAGEM, the final, and longest chapter of this journey towards wellness, community, voice, and aesthetics born from a desire to unite, to provide agency, and to show the relevance of fashion, beauty, and wellness in advancing our world to a better place. 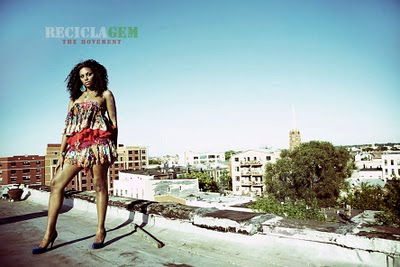 If you are interested in supporting these efforts, give us a shout:info@reciclagem-themovement.com